Guyana Opens Oil Blocks for Bids to Asia and Europe

As a result of the Government’s efforts to elevate the oil and gas industry by entering the global market, Guyana’s revenue from oil and gas exports is expected to reach up to $1.63 billion in 2023 which is 31% more than the previous year. Dubbed the “year of major exploration,” 2022 has served as a stepping stone for Guyana to increase its oil reserves to about 11 billion barrels of recoverable oil.

Along with major discoveries and newly opened opportunities, Guyana, through the Ministry of Natural Resources, has announced a licensing round in December for blocks in the first offshore oil and gas licensing. This effectively marked a new era of oil and gas development, bringing about a competitive and favorable investment mechanism and improved socioeconomic benefits for the whole nation.

This announcement spurred the interest of top energy companies not only in the neighboring region but also in Asia and Europe. During the recent state visit of Guyana President, His Excellency Dr. Mohamed Irfaan Ali, to India, he announced that the government is anticipating a proposal from Indian companies for the long-term sale of crude and gas exploration blocks which will contribute tremendously to the country’s economic activities.

“India has made it very clear that they have an interest in being one of the purchasers of Guyana’s oil. The technical teams will work and see what proposals India puts forward,” according to President Ali in a press conference held in Georgetown.

Likewise, European firms have also shown interest in the ongoing bid to access Guyana’s offshore properties for future development in the current emerging energy market.  Contracts for this bidding shall be awarded after bidders have complied with the requirements and negotiation process for the current bidding round. The Ministry of Natural Resources has also posted separate requirements for qualification to participate in bidding for deep water and shallow water blocks.

“Excel commends the government’s success in security interests from such a wide range of countries.  Our team has always been committed to providing our clients with quality service and system solutions in order to have a greater return on their investment. We are very excited to cater to more investors and make them our partners in order to secure Guyana’s economic growth,” Mr. Kris Sammy, the Chief Executive Officer of Excel Guyana said.

Excel Guyana looks forward to meeting with international investors and joint venture partners at The International Energy Conference and Expo: Guyana 2023. The event will feature notable speakers, attendees, and other distinguished professionals discussing the future of Guyana’s oil and gas reserves and how to utilize it in an efficient manner while also participating in the “entire ecosystem of oil and gas” in Guyana. The tradeshow is happening on February 14-17, 2023 at the Guyana Marriott Hotel, Georgetown, Guyana.

Excel’s leadership has more than 30 years of experience in building businesses in Guyana and the CARICOM region. With more than 10 years of local presence in Guyana, it has established business and supply chain networks in Argentina, Brazil, Canada, China, Colombia, India, Mexico, the United States of America, and Venezuela.

In recent years, Excel Guyana had grown to provide comprehensive business management solutions for international investors and local business partners. The firm’s Recruiting Division, led by Mr. Ewan Shanks, focuses on a Recruitment Process Outsourcing (RPO) model of service, working closely with companies to recruit the right talent for the right position. Additionally, the firm launched a Procurement Division, led by Mr. Eugene Gonsalves, which has secured exclusive agreements with world-class manufacturers and distributors to supply the companies that are building Guyana’s future. To add more value with faster processing and lower acquisition costs for imports and exports, Excel has launched its Customs Brokerage Division which is led by Mr. Ronald Ramcharran. Likewise, to satisfy the growing demand for supplies and services in Guyana’s marine and offshore oil and gas industry, Excel has established the Marine and Offshore Services led by Mr. Steve Sinanan.

Excel provides clients with all that they need to establish successful business in Guyana through government relations and orientation, construction management, procurement and logistics, employee relocation, recruiting and human resources, as well as marine and offshore services.

Building Guyana’s future through strategic partnerships that elevate local and international clients, partners, and the communities that we serve. 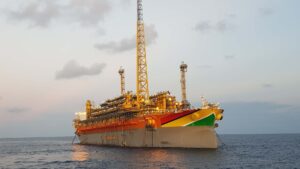 Guyana Opens Oil Blocks for Bids to Asia and Europe

Sign up today for hints, tips and the latest product news

Fill out the form , to get in touch with the Excel team.